skip to main | skip to sidebar

If you're a fan of Formula One racing, you're going to want to check out F1 Arcade, the new F1-themed bar that's set to open in London soon. The bar is the first of its kind and is being setup by the same team behind Puttshack and other social competition spaces. With the growing popularity of F1 since Liberty Media's takeover, thanks to projects like Drive to Survive on Netflix, it is great to see some fun spin offs like this. It's worth noting that the bar was supposed to launch at the start of December, but has delayed the launch due to some technical issues that are still being worked out. Having previously booked a session were made aware of the delay, so given the option to keep our slot, play for free and received a 25% discount on food and drinks as part of this testing period.

As soon as you walk into the bar, you'll be impressed by the high-end decor. The overhead lights are designed to look like tracks, and there must be over 100 simulators for guests to use. The atmosphere is electric and it's clear that a lot of thought has gone into the design of the space.

There is a good sized bar with a decent selection and the food menu was pretty good too. The drinks are about average for London, but the food seemed a little expensive for what we got. I ordered several sharing plates, but they were basically just normal sized starters in my opinion. Service was also a bit slow during our visit, but it's worth noting that the bar is currently in a soft launch/testing period, so these issues may be resolved by the time it officially opens.

There are several different options for participating in the racing at the bar. Groups of five or less can book a simulator each, or you can book as team and rotate through a single simulator. When we visited, we weren't able to book enough simulators for our group, so we opted for the team option. The cost would be around £20 per person for about an hour of play.

Once you've registered, your name will appear on the simulator. Sit down and adjust the seat, choose your difficulty level, and you'll be ready to start racing. Each race lasts for about 3-4 minutes and rotates through a selection of tracks. We recognized Monza, Spa, Silverstone, and Bahrain. Our group of four had two simulators, so two were able to race against each other while the others watched. It was a lot of fun and definitely something different to do on a night out.

We knew coming in that there may be technical issues with the games, so I'm not going to hold it against them at this point. During our visit, the steering would occasionally stop working and we had to reset the machines. The seats were also supposed to have motion feedback, but we're not sure if that was working on our machines. Despite these issues, we had a great time and our non-F1-fan friends enjoyed it as well.

Overall, the F1-themed bar is a cool and unique experience. The racing is a lot of fun and accessible for anyone with even a passing interest in driving. But if you are a fan of Formula One racing, it's definitely worth checking out. Here's hoping more locations open up soon. 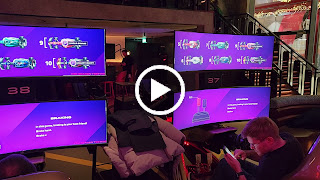 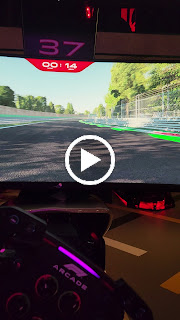 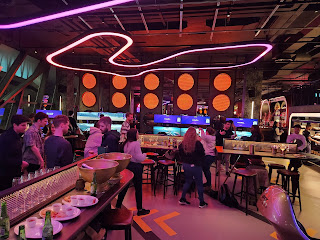 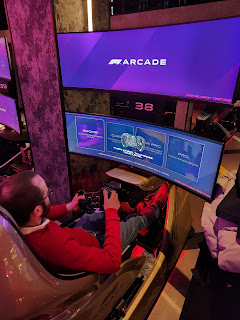 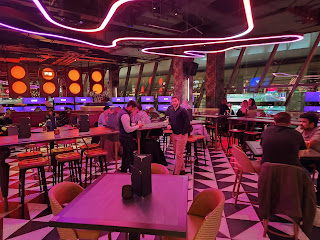 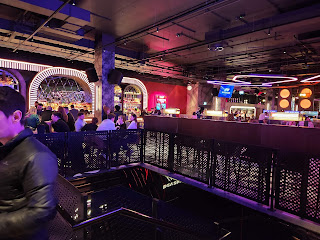 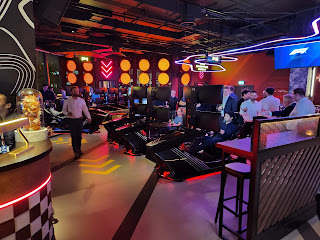 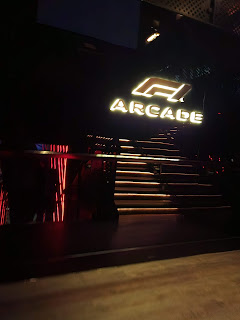 Update 23-May: Note that the Cardboard SDK has now been replaced with the GoogleVR SDK . In most cases you can simply replace Cardboard wit...

Ashley Bennett
A Technical Project Manager for EA Mobile at Electronic Arts, currently working out of the Redwood Shores, CA. Credits include titles in the Need for Speed, Medal of Honor and Battlefield franchises among others.
www.HiAsh.com
VR Portfolio